How To Increase Survey Response Rates 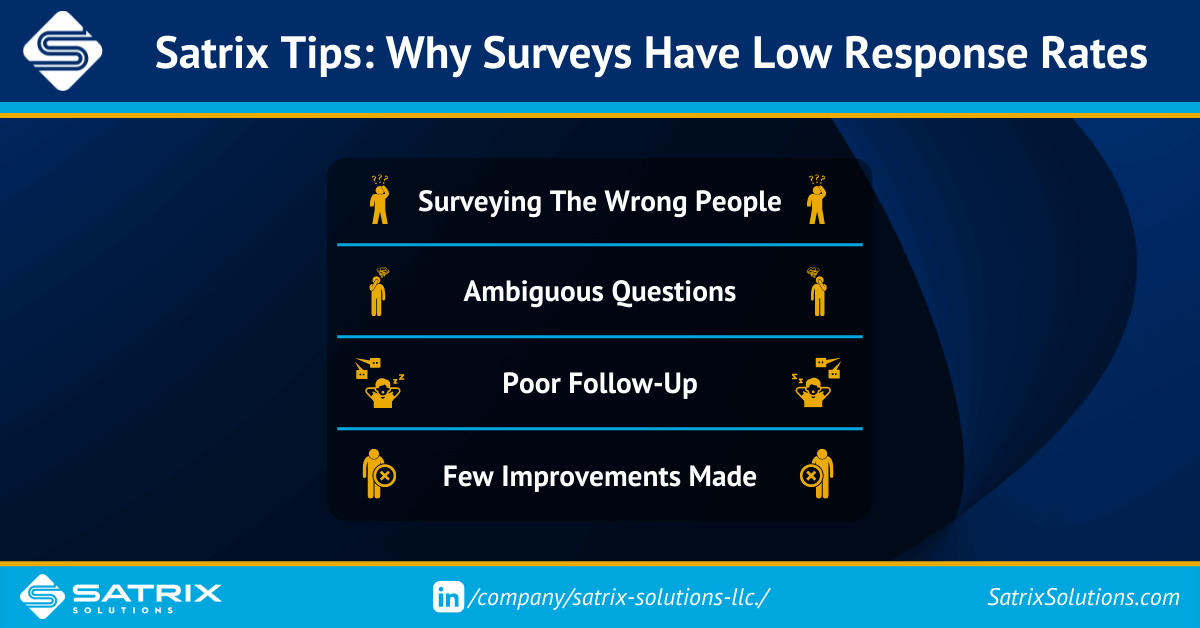 Have you heard someone utter that statement or even proclaim, “I never respond to surveys”? If, like me, you’re in a Customer Experience (CX), Customer Success, or Research-related role, I imagine you have. Thankfully this attitude towards surveys is relatively rare in B2B. However, as a CX consultancy, we occasionally hear (or read) very negative reactions when inviting someone to participate in a survey on behalf of our clients.

In this article, we will discuss why people choose to ignore surveys, how to improve your response rates, and cover reasons why your surveys may have low response rates like:

I’m always curious why some B2B folks “hate” surveys. Or, why do they take the time to reply to a survey invitation to proclaim they never fill them out? Do they dislike emails in general? Are they bothered by their partners asking for their opinion? Do they not care for the companies they do business with?

There are some people who probably fall into those categories, but I suspect the most common reason is that they’ve been “conditioned” to have a distaste for surveys. Said another way, this is largely a self-inflicted wound caused by people with good intentions. What do I mean?

How many B2B companies field surveys nowadays? Apart from newly formed companies and very small organizations, the answer is probably close to the number of companies that exist. Nearly every company asks its customers, prospects, and/or employees for input or feedback. If you’re involved in the decision to purchase a product or service, the odds are that you’ll also receive requests to complete numerous surveys per month.

That means some people's negative feelings towards surveys must simply be a volume issue, right? We’re all busy. Who has time for all these surveys?

I’ve spent nearly 20 years advising B2B company leaders on maximizing the impact of their CX programs. If we surveyed those people who “hate” or never respond to surveys (I know – what a fun project that would be!), We’d find that the root cause of their annoyance with surveys isn’t the time they take. It’s that they are viewed as a waste of time. After all, a well-designed survey should only take only a few minutes to complete.

This is where the “self-inflicted wound” I referred to earlier comes into play. They’re often right!

To put a finer point on it, imagine the following fabricated (but all too real) story:

A Marketing or Product leader at a venture-backed software company – let’s call them Cyberdyne – decides it would be nice to collect customer feedback. They decide on the Net Promoter Score methodology because they can baseline and trend their score. They delegate the NPS project to a junior member of the team who quickly writes the survey questionnaire, puts together the contact list, which includes executive sponsors at the company’s top accounts, writes the survey invitation language, obtains approval, and sends the survey.

One of the executives who receive the survey is Sarah. She’s very busy, but the software they license from Cyberdyne is important to their organization, and the company expresses the importance of hearing her feedback. Sarah decides she has some thoughts about features she’d like added, so she clicks the link in the survey invitation. From there, Sarah slogs through a survey that’s too long and includes some irrelevant questions (“don’t they know it’s my team that interacts with technical support, not me!?!”). After nearly 10 frustrating minutes, she makes it to the end, submits the survey, and then…

Nothing. She did not receive a meaningful acknowledgment of her time. No one in the company followed up. She didn’t see any improvements to the software or service. Nada.

What if something similar happens to Sarah several times? How do you think she’s going to feel about surveys eventually? She may not “hate” them, but she very well may decide they are a pointless waste of time. Unfortunately, this negative experience conditioned Sarah to have a distaste for surveys. Cyberdyne had the right idea – a desire for robust customer feedback – but very poor execution.

Imagine a well-run survey program that includes the requisite planning, asks the right questions of the right contacts, and has the proper resources, processes, and “motions” in place to follow up and act.

Personally, I could get five surveys a week, and I’d thoughtfully complete them all if I trusted that my input would be taken seriously and may result in improvements. Given those circumstances, I suspect even some of those survey haters might also complete a survey or two.

What’s your position on surveys? Drop me a note or book time on my calendar to discuss this topic in greater detail. 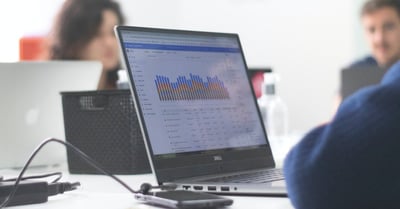 5 Considerations For Your B2B CX Program

This article was originally published by Gainsight. 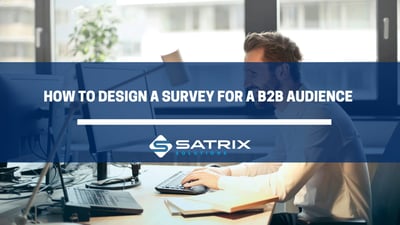 How to Design a Survey for a B2B Audience

Gathering insights in the business-to-business (B2B) world is markedly different from asking... 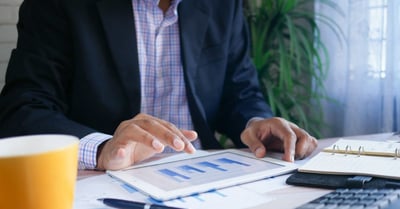 When software companies are seeking efficient ways to manage customer churn, some choose to monitor...